What Are Cemetery Monuments?

A cemetery monument, also sometimes referred to as a cemetery memorial, acts as a lasting reference for the loss of a loved one. Family and friends of the deceased will often use a monument as a way of beginning the healing process and as a long-term way of accepting the loss and be able to move forward.

When someone dies, it can have a devastating effect on people close by. This is irrespective of whether the death was expected or not and whether people have had a chance to start the grieving process or not.

The funeral is often thought of as the moment that people can begin to have a real sense of closure, and as such, much emphasis is put on the details and planning of the burial or cremation. The idea of a cemetery monument, or what is engraved on it, is often left to a later stage.

If the cemetery monument is to be a headstone or any type of structure, then careful thought and consideration need to be given to its planning and erection. Depending upon who owns a cemetery, there are normally quite strict guidelines as to what type of structure or headstone can be used and who can be employed to build it.

Cemeteries are often thought of as being part of a community, as well as places where individuals are laid to rest. As such, there is often a degree of concern that all types of headstones and structures need to be in keeping with the overall tone and feel of the burial site.

Cemeteries tend to be owned either by the local government or by a religious organisation. Each is likely to have its own different set of standards, but it is likely that they will conform to Australian standards for headstones and cemetery monuments.

Whatever type of cemetery monument is decided upon, it is likely there will be some type of engraving. This is often a quotation from somewhere or a sentence or two that tries to capture the essence of the person who has been buried.

The purpose of any engraving is to touch the heart of someone who is visiting the cemetery, and, in particular, that person's grave. As such, it is a good idea to involve as many of the family and friends as possible in deciding what type of inscription or quotation should be put on the monument.

The best choice is a really simple engraving allows the monument to be viewed with the right degree of dignity. This should allow the grieving and healing process to take place by anyone visiting the grave and wishing to remember the person buried there. 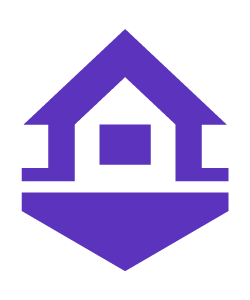 Hello. If you are in the process of planning a funeral, you have come to the right place. While no one likes the idea of having to plan their own or a family member's funeral, death is something which no one can escape. By learning all you can about this subject now, you can make informed decisions about how you want your or a family member's send off from this world to be organised and paid for. We aren't pros but we are passionate about this subject. Read on to find out more about the process of planning a funeral.